What has been your involvement in the United Methodist Church (include district, conference, and general agency/board involvement)?

Questions? Thoughts? Leave a comment or send me an email.

You can find more of my writing about General Conference here. 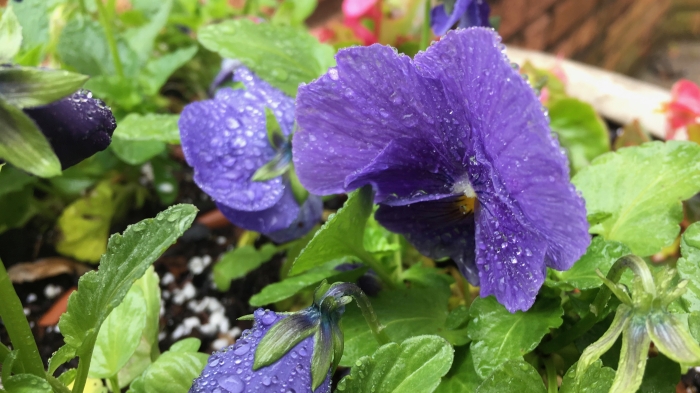 I had not cried this week…

As I was dropping our children off at school, One Day by Matisyahu came up on shuffle on the playlist to which we were listening. They headed off for their school day and I drove home with tears rolling down my cheeks. Here is the music video:

I first heard the song several years ago when our family was visiting the Denver Museum of Nature & Science. and we watched Dream Big: Engineering our World. Here’s the trailer for that film:

The song evoked for me memories of time with our children, wanting the best for them in the future, echoes of grief from my Dad’s death, and a deep desire for peace – especially in light of the ferocious conflict at General Conference.

When the tears came I was first surprised, then grateful. They were cleansing, almost refreshing, and helped restore some places of my soul that I had not been aware were stuck.

This morning, I met with a group of clergy colleagues in what is a regularly scheduled gathering. Today we shared, reflected, grieved, considered the future and talked about what and how to best share with our local congregations the events of General Conference. I shared an image of the disorientation that I am feeling in response to the passing of the Traditional Plan…

It’s like I am driving our minivan down the highway. I am making progress toward my destination. Everything seems to be running pretty well. We are on the way. I stop to refill the fuel tank and pick up some snacks. As I get out of the vehicle and start to head inside the convenience store, I take a look back and suddenly, it’s not my the minivan. It turns out that it is a truck.

Wait a minute… What?!

I thought I was driving toward a destination and all of a sudden, I realize that I have been driving inside a completely different vehicle. What happened to the familiar surroundings of the vehicle with which I was familiar? What have I been driving all this time?

The re-affirmation of the Traditional Plan three times over – in the prioritization, in legislative committee, and in the plenary session of General Conference 2019 is confusing. I thought that I have been part of a denomination that is moving toward full inclusion throughout the entire life of the church – albeit slowly and hesitatingly. Yet, the evidence of the voting demonstrates that this is not true – at least not on a denominational level. It is frustrating to find that the United Methodist Church turned away from greater inclusion. Yet, it also illuminates the truth: There is a need action in new ways, with creative approaches, and bolder vision. I don’t yet know what this looks like, however I want to help figure out what’s next for a more inclusive church. 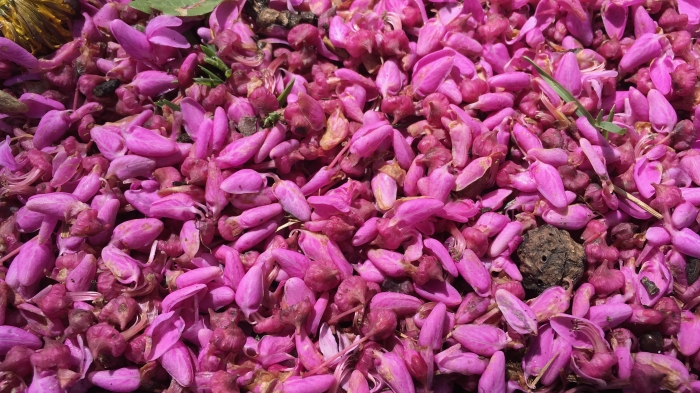 It is difficult to make sense of the events of the day. The passing of the Traditional Plan was disorienting, heart-rending, and continues to be heavy on my mind. The church that has been home for my entire life feels a little less like home.

The votes clearly reflect the reality of where the church is at the moment. The votes were around 60-40 or 55-45 for many of the matters – a denomination divided. We are divided. There is no way around that.

At this point, it is difficult to see what the days ahead will hold. It could be a significant number of supporters of the Traditional Plan still decide to leave. It could be that the work of reformation continues within the United Methodist Church (this is almost certain). It could be time for the birth of a new progressive denomination. I don’t know…

For now, I plan to get some sleep and get up tomorrow ready to continue tending to the work of God in my community and across the connection.

I still have hope.

Well, I was not expecting the day of conferencing to go as it did. It was disheartening to see the Traditional Plan receive enough votes in legislative committee to go on the plenary. The disaffiliation legislation is interesting. If you asked me six months ago about the wisdom of a “graceful exit” for churches and I would have said that it was a bad idea. There is value in staying together. Of course, that was in a world where it seemed that the One Church Plan was likely to be the plan that moved forward. That the One Church Plan would pass is much less likely at the moment – as it did not receive enough votes to make it out of committee. So, that happened…

Legislative Committee as a Whole

It has been interesting to see the work proceed with a legislative committee of the whole. My first take on that was that it would be laborious and unhelpful. I don’t know that it has been any more laborious than usual, and it has turned out to be helpful. This method of addressing the legislation has removed some of the uncertainty of what will happen in the plenary that usually exists in General Conference.

It is fascinating to see people use a point of order or point of information as a way to prioritize their time at the microphone and then turn it into something else entirely.

“Oh, did I press that button? Well, now that I’m at the microphone…”

I want to offer a presumption of grace and at the same time know that parliamentary maneuvering is part of the fabric of legislative gatherings of this size.

I am trying not to get overwrought about things at the moment, as the actual work will take place tomorrow. Though, with the legislative body and the plenary body being the same group of people it seems clear the direction things will move. 24 hours from now and much more will be clearer. Well, probably clearer, though not necessarily.

My continued gratitude to delegates for their offerings of strength, emotion, speaking, and listening. 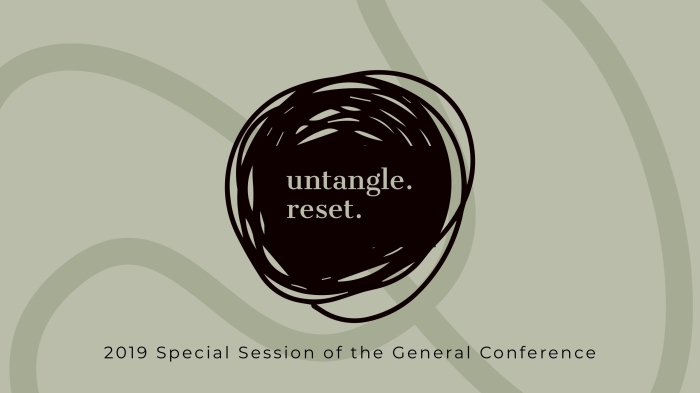 This morning I led worship at Berryton United Methodist Church and preached a sermon about being in connection with one another – Moved to Connect. It is the second in a three part series, The Movement Continues. It is focused on who we are as United Methodist Christians. During our worship service, we lifted up the delegates and work of the General Conference in prayer at both of our worship services. After leaving the church building, I visited one of our congregants who just entered hospice care and then it was time to head home. In between all of these, I was listening and watching the live video stream of General Conference.

Each time the church gathers with voting devices of any sort, there is some time that is taken making sure that everyone knows how and is able to vote correctly. My first response was, “Why can’t we move through this any faster?” However, I quickly caught myself with the reminder of how important it is that each person is able to understand the tools that are available to them before they are able to use them effectively. Training and practice to prepare will always be helpful in making progress later.

One of the interesting aspects of this General Conference is that there is a legislative body of the entire body. Most often, delegates are divided among a variety of legislative committees which address legislation to be brought back to the entire General Conference. It was surprising to see a non-bishop leading on the livestream, though it seems likely that the Rev. Joe Harris could become a candidate for bishop.

I found the voting method to prioritize legislation to be genius. A vote for high or low priority for each piece of legislation with the results being held until the end was a bit mind-numbing on the live video stream, however it was an efficient way of getting of sense of a sense of the body of delegates regarding the entire set of legislation. As a supporter of full inclusion of all people in the life and ministry of the church, it was disheartening to see the One Church Plan ranked as a lower priority than the Traditional Plan.

I was puzzled by the vote to adjourn with nearly 45 minutes remaining until the scheduled adjournment for the day. After dealing with the legislation from Wespath, it was suggested that it would be best to wait until the morning to take up the Traditional Plan. On the one hand, probably so. It was nearing the end of the day and there will be a great deal of speaking against and for, amending, substituting, and other legislative maneuvering. On the other hand, probably not. There is less than 18 hours remaining on the schedule for the work to be completed.

In either case, it seemed that it was time for supporters of both the One Church Plan and Traditional Plan to take in the votes of the day and make plans for the best approach to move ahead tomorrow.

I am grateful for the time, effort, and dedication of all the delegates.

I continue to pray for wisdom, clarity, peace, and endurance.

Thank you for your service during these days.

Your work makes a difference. 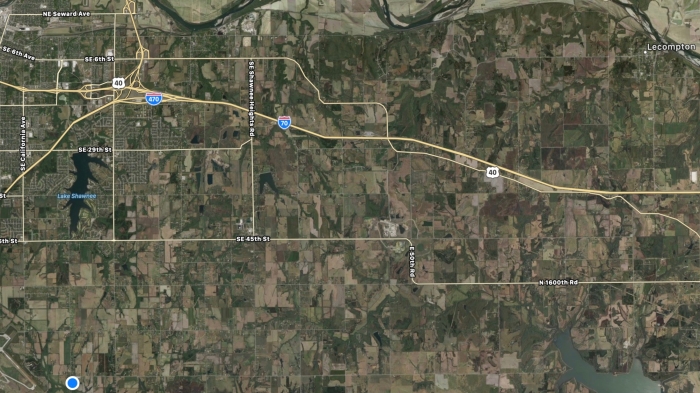 Over the last several years, the Great Plains Annual Conference has introduced Networks into our life in ministry together. These are groups of congregations that share a physically contiguous mission field – all the churches in an area. The church which I serve, Berryton United Methodist Church, is connected in a network with Big Springs UMC, Highland Park UMC, Lecompton UMC, Shawnee Heights UMC, Stull UMC, and Tecumseh UMC.

I have the opportunity to serve as the Network Leader which means convening the pastor and a lay person from each congregation so that we can make progress together and reach our mission field more effectively. I am committed to making our network work. I don’t have time for to add a meeting to my schedule in which we are getting together only to “check the box” that we have completed the task.

We met for the first time as a Network last week. If you are interested in the agenda, click here to download it as a PDF. I believe that our network has the opportunity to be the most innovative in the Great Plains Annual Conference. I am looking forward to building relationships with colleagues and friends and working together to share God’s love with our neighbors and live boldly into God’s dream for southeast Shawnee and northwest Douglas county.